Don't have a Overwatch - Origins Edition yet?
The price goes from $50.85 on Amazon.

If you want to become the next great Overwatch player and succeed in Overwatch League you will also need the best gear to achieve that goal.

240Hz monitor is a must have for competitive gaming, especially in Overwatch. Most of the pro players in Overwatch League are using:

When it comes to gaming mouse crucial aspects is its quality of the sensor, All professional have a mouse with a high-class gaming sensor. Most popular are:

Speaking of headsets, The Cloud II are the most used variant:

What’s the best monitor for Overwatch?

According to the professionals, having a 240Hz monitor is pretty essential. However, the model can vary between different individuals and their preferences, but none of the Overwatch League pro players use a regular 144Hz or 60Hz monitor. And as for the size, majority of professional players use a 25” monitor, while some prefer 24”.

The 240Hz monitors are able to update the picture on the screen 240 times per second. This feature provides you with three specific advantages when compared to the regular 144Hz monitor: 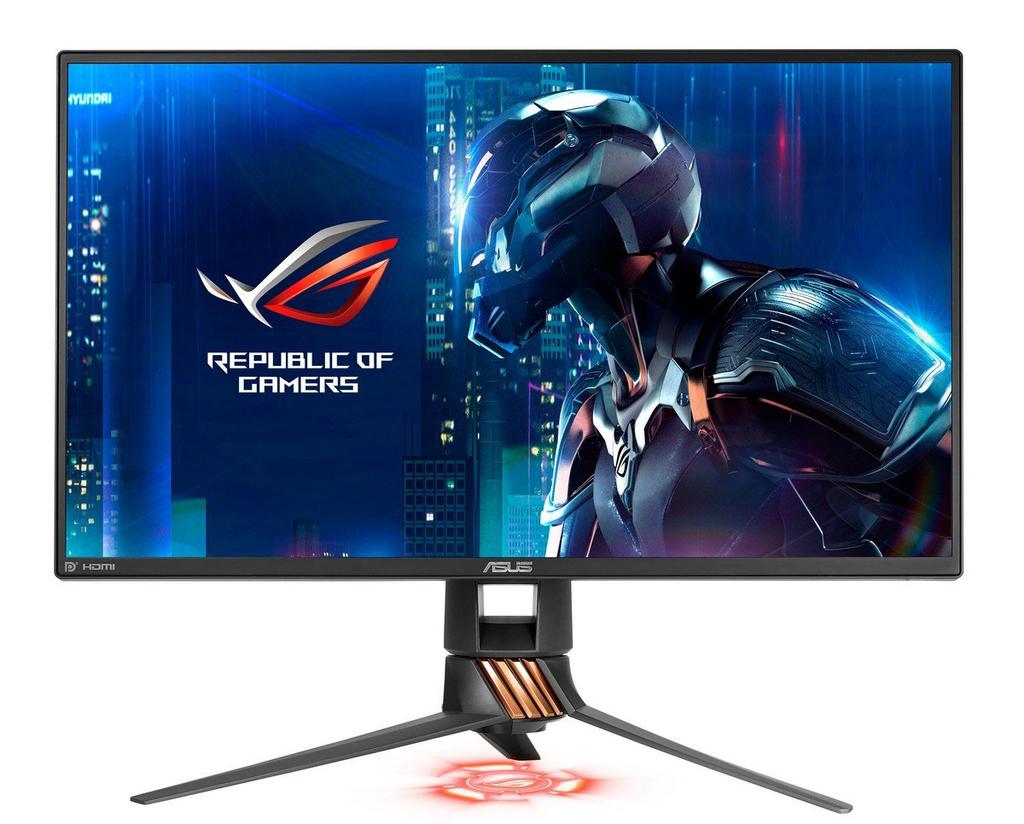 If you have some spare cash you are willing to spend then your best choice would be an ASUS ROG Swift PG258Q. This monitor is the most used by pro players and is quite clearly the best Overwatch monitor so far.

The ASUS ROG Swift PG258Q has a really nice build quality, a great stylistic design (this is also arguable), as well as the fastest-tuned panel (1ms/240Hz). It also comes with included important features like ULMB, which helps reduce the blur of any motion. Another monitor worth considering is the BenQ XL2430. This is a little cheaper option that features the S Switch, which lets you adjust custom display settings on the fly. In addition, it comes with FPS-oriented features such as Black eQualizer, which helps to spot enemies in dark spots.

So a 240Hz monitor is certainly the best way to go, but if you don’t have the budget for somewhat pricey ASUS monitors you can also go for the BenQ 2411Z, which is a great 144Hz monitor with a reasonable price.

What’s the best mouse for Overwatch?

There’s a whole different world between a good mouse and a bad one. One of the most crucial aspects of a great mouse is its quality of the sensor. All professional players have invested in a mouse that has a high-class gaming sensor. This means the sensor of the mouse doesn’t lose track, skip or spin out when you are in the middle of making important aiming adjustments. Any mouse you see the professionals own is a top grade mouse when it comes to internals, therefore when choosing a mouse, it’s more about a personal fit and preferences. 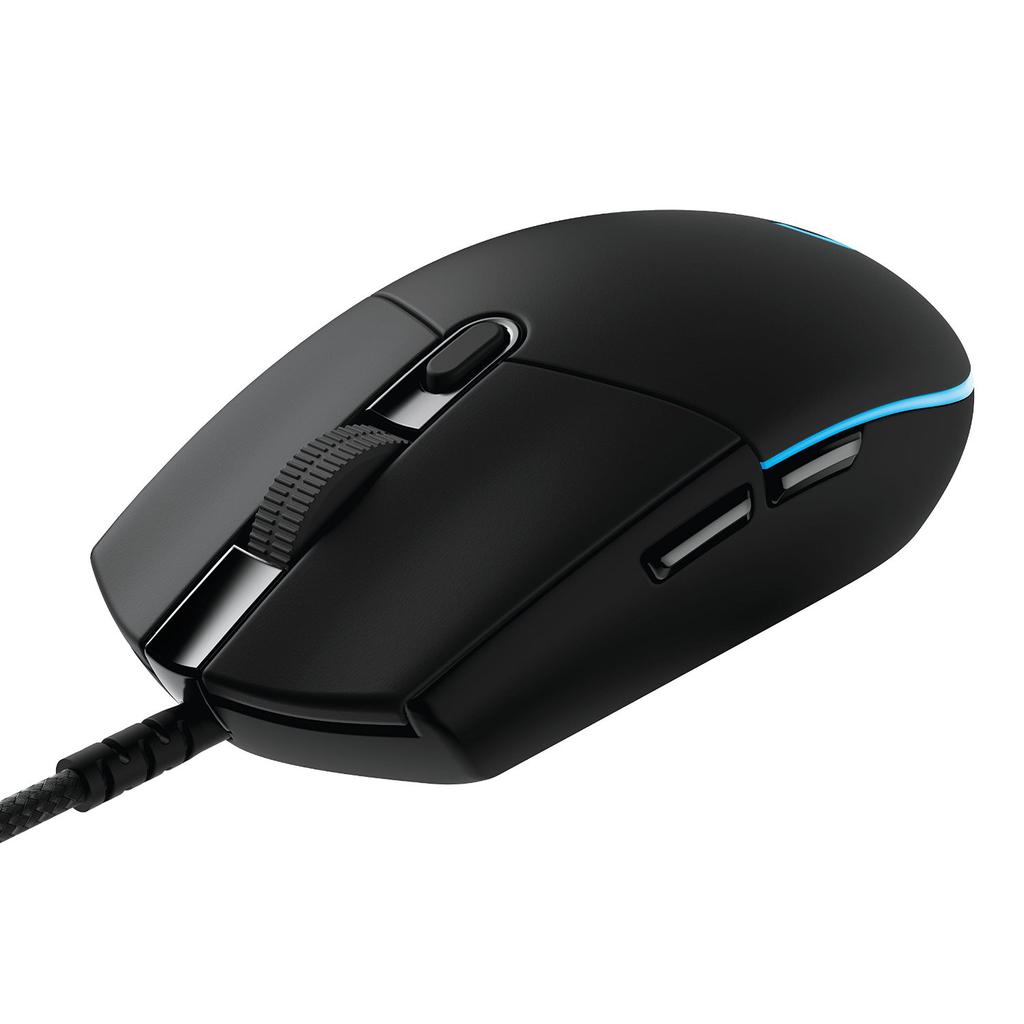 As one of the newest mice in Logitech’s arsenal, it didn’t take long for Logitech G Pro to become the preferred mouse between Overwatch professionals.

What’s special about it?

Another good option is the Logitech G403 with its well-known simplistic design. But as for the third place - it’s the BenQ Zowie FK1. For quite some time Zowie has been the number one mouse manufacturer for CS:GO pros, and they’re definitely aiming to do the same in Overwatch.

What’s the best keyboard for Overwatch?

Mechanical keyboards have a lot more advantages than cheap rubber dome keyboards. They offer a top-tier build quality, nice tactile feedback, as well as last much longer (at least 30 million key presses). Besides that, they also include features like anti-ghosting that help make sure every key you press is undoubtedly registered.

Additionally, depending on your key actuation preferences, you can choose which mechanical switches you wish, so you can buy a keyboard that completely suits your needs. Due to the piece-by-piece attention to detail taken when designing these type of keyboards obviously places them in the more expensive category. They are hardly comparable to their generic rubber dome counterparts. Still, if you’ve got the cash to spare they are worth every penny! 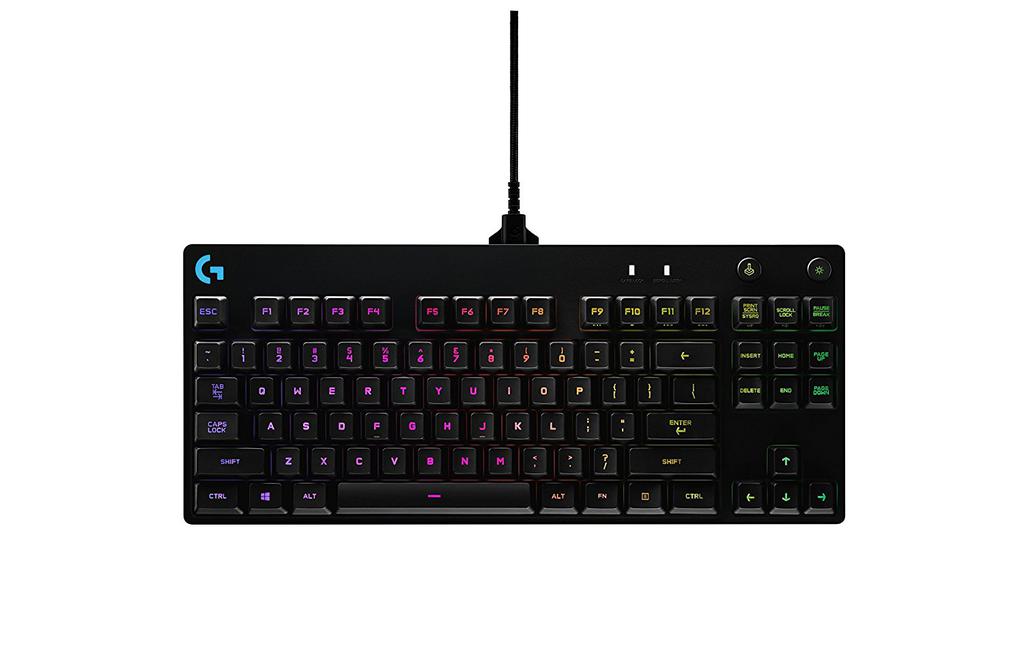 The Logitech G Pro Mechanical Gaming Keyboard has quickly won popularity among Overwatch players and is rapidly becoming the Overwatch mechanical keyboard of choice. If you prefer a flashy and bright keyboard, this isn’t the one for you. The Logitech G Pro Mechanical Gaming Keyboard is known for its simplicity and ability to customize (no doubt why pros use it). While it’s a bit pricey, it will also provide you with tons of value and is definitely perfect for those looking to improve their competitive expertise.

The Logitech G810 is an alternative with also a great build quality and a few differentiating features when compared with the Logitech G Pro Mechanical Gaming Keyboard. The keyboard is wider with extra media-focused keys, making it effortless to skip songs during long gaming sessions. Also, it has customizable RGB lighting, with integrated software (just like the G pro). Long story short, you can’t go wrong with either of these two Overwatch Favourites. 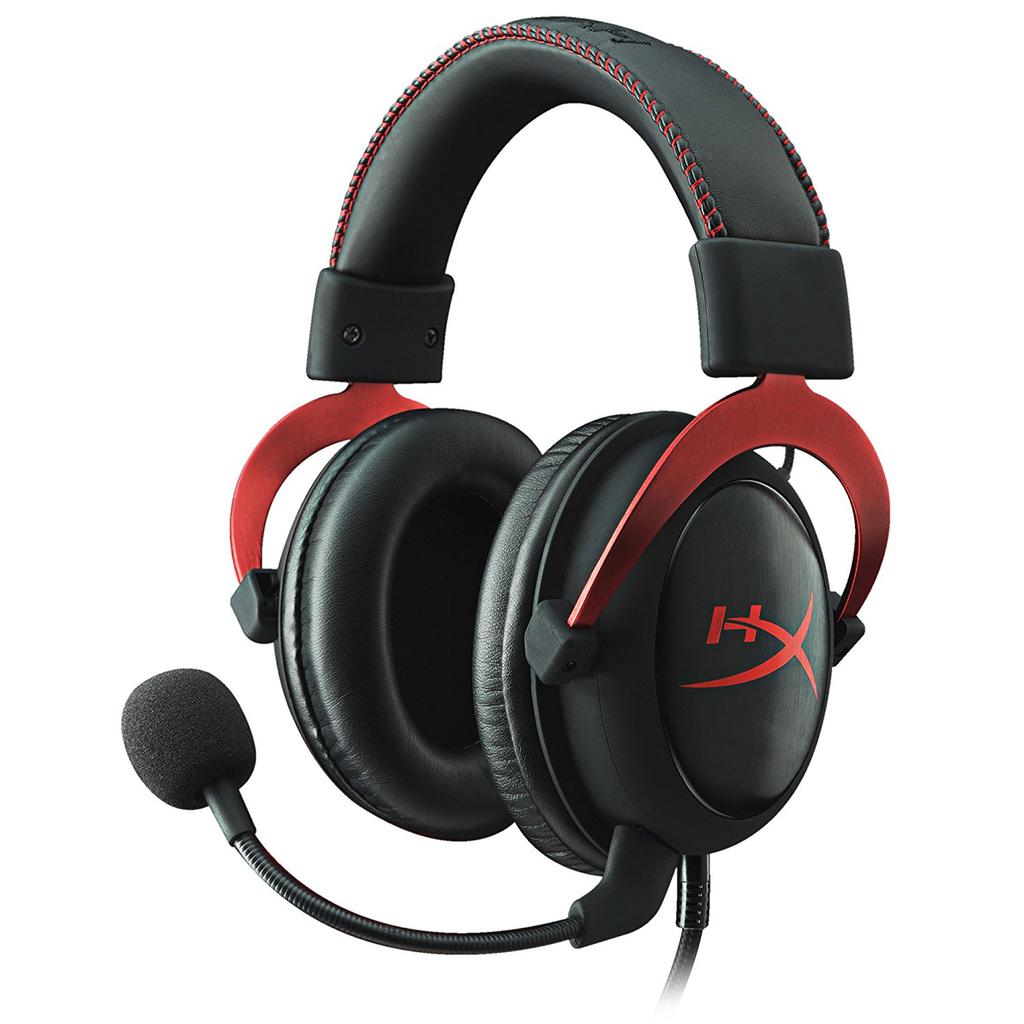 After looking at most of the Overwatch professionals, it’s easy to notice that they use a variety of brands but the brand that stands out the most is HyperX Cloud II. The Revolver and Cloud II are the most used variants, which is understandable considering that their headsets are broadly regarded to be the best “budget” options, which include a decent microphone, as well as a great audio quality.

Logitech also offers incredible gaming headsets, though they are more pricey compared to the others. It doesn’t mean other brands don’t make quality gear, of course, but if you really want to make sure you’re getting a great value, it is recommended to choose one of the two brands.

So, what is the game everyone's talking about? Well, it's pretty simple. Overwatch is a multiplayer online video game that is team-based and was developed as well as published by Blizzard Entertainment. For PC, Xbox One and PlayStation 4 it was released in May 2016. Overwatch allows players to create two teams of six, where each player selects from a list of 25 pre-defined characters, such as heroes. 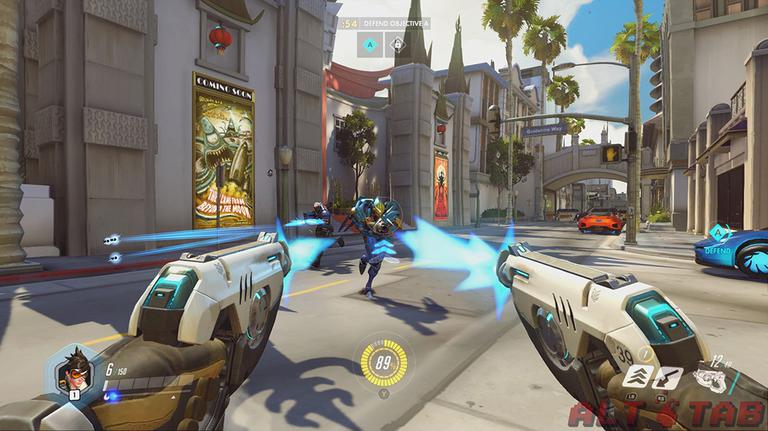 Every hero has an unique style of gameplay and roles are split into 4 basic categories: Tank, Offense, Defense, and Support. The game players on each team work together to defend and protect control points on a map or accompany a payload over the map in a short period of time. As players play the game, they gain aesthetic rewards, which do not affect gameplay (victory poses, character skin and the like). Originally the game was launched with simple play, with diverse "arcade" game modes, a competitive ranked mode, and a server browser available to be customized by a player which later was included following its release. In addition, there have been improved and added new maps, characters, and game modes by Blizzard, while asserting that all of the Overwatch updates will still remain free for players, with the only extra cost for being microtransactions to gain extra aesthetic rewards. 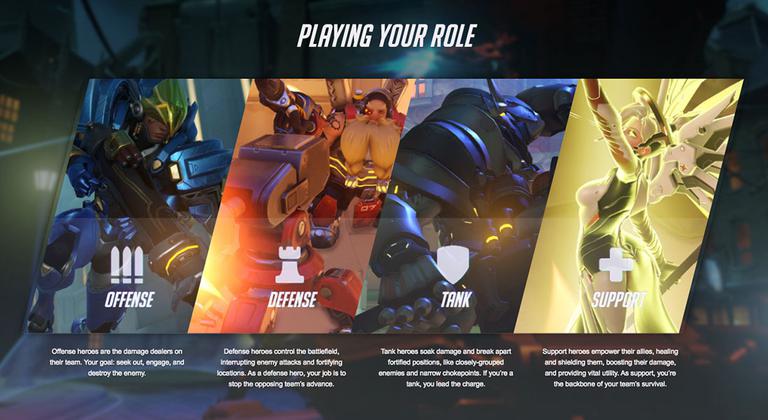 Overwatch is the fourth biggest franchise of Blizzard. It came about following the time in 2014 when the massively multiplayer online role-playing game called Titan was cancelled. Some part of the Titan team came together and created a concept of Overwatch, which was based on the growing popularity of multiplayer online battle arenas and on the great success of team-based-first-person shooters game like Team Fortress 2, generating a hero-based game that's focused on teamwork. Some concepts and assets of Overwatch elements are borrowed from the cancelled Titan project. After global crisis creating the narrative of a hopeful near-future Earth scene, the creators targeted to develop a diverse cast of heroes that varied in ethnicities and genders as a part of it. A serious amount of time was spent adjusting and regulating the balance of the characters, taking in consideration if the new players would still be able to enjoy the game while skilled players would challenge each other. 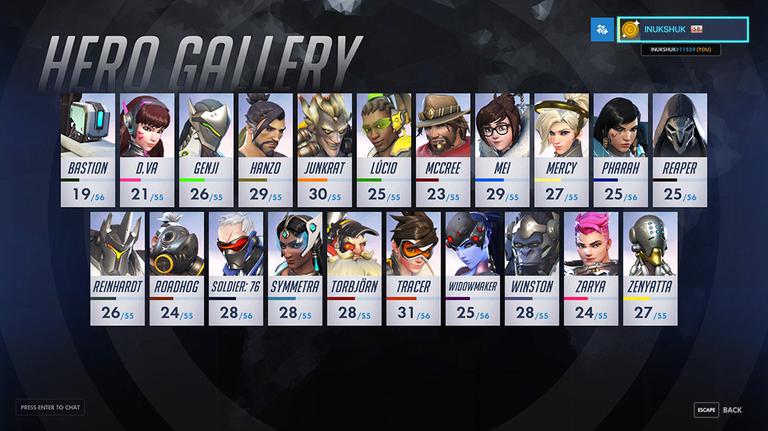 In 2014 Overwatch was revealed at BlizzCon in a completely playable condition and was found in a closed beta from late 2015 until early 2016. In May 2016 an open beta attracted almost 10 million players. To introduce the game's narrative and all of the characters, the release of the game was contributed with short animated videos. The game got universal expression of approval from critics after its' official release. The critics praised Overwatch for its diverse appeal of its hero characters, its accessibility, bright animation art style, as well as for its enjoyable gameplay. 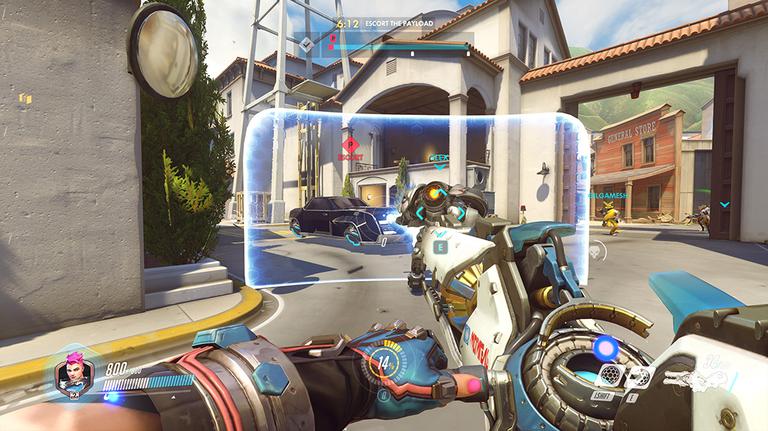 As it has been considered one of the best games that had been released in 2016, it received plenty accolades, such as being awarded Game of the Year at D.I.C.E. Awards, The Game Awards, and Game Developers Choice Awards, as well as including awards from many publications. Since Overwatch release, it has become known as an eSport, with Blizzard being a great help to fund and generate professional leagues and other exciting tournament events. 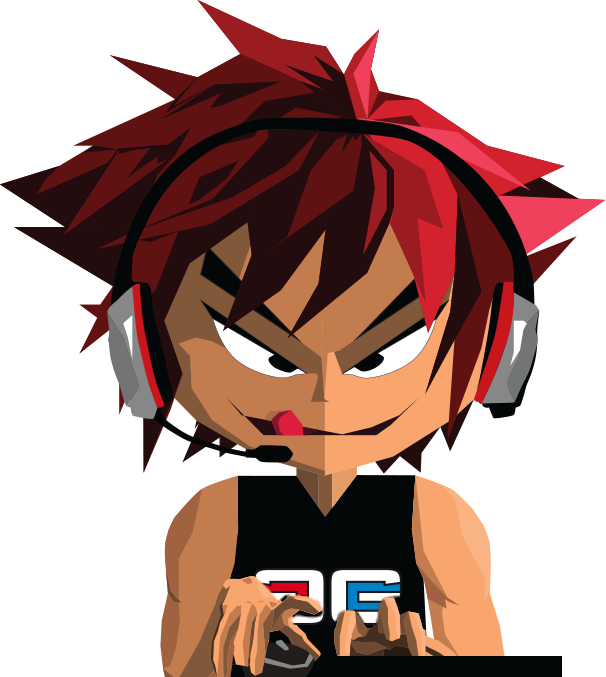 Be the first one to find about "Overwatch pro gear and settings" and similar articles.

Here are some tips to help you to gain more information in games and aim better! These techniques may sound … Read More »

Overwatch League aims to provide all teams with a “useful tool” to boost their duty schedules. While considering that stats … Read More »

Here are some tips to help you to gain more information in games and aim better! These techniques may sound … Read More »

Critical Ops (also known as C-OPS) is a mobile FPS where players participate in fast-paced combat as terrorists or anti-terrorists. … Read More » 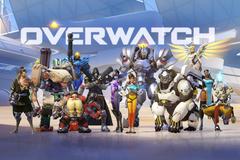 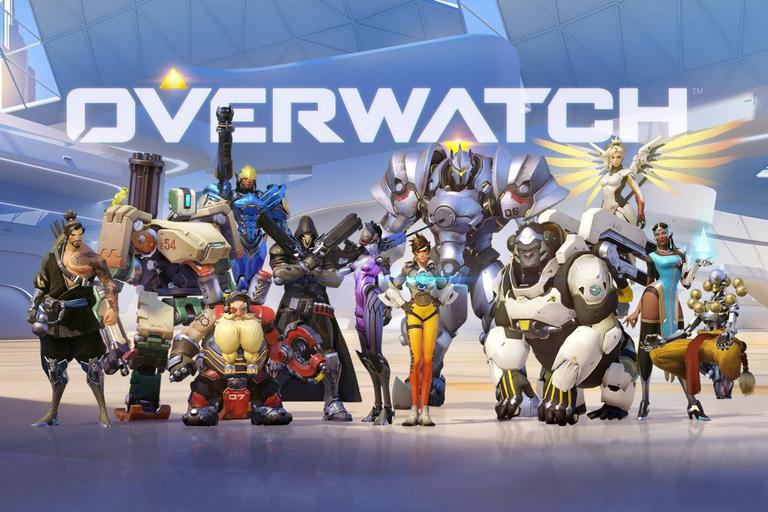 Be the first one to find about "Overwatch pro gear and settings" and similar articles.